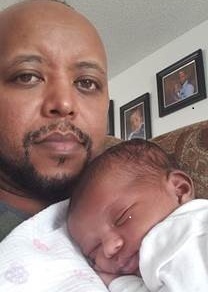 The youngest was due on February 1, the date of their naturalization ceremony. Luckily they were able to deliver her two weeks early!

From Refugee to U.S. Citizen

Sinishaw Iticha achieves U.S. citizenship while helping others with the same dream. 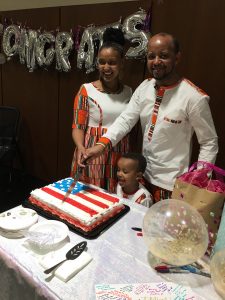 Sinisha Iticha and his wife Edatu, both refugees from Ethiopia, became naturalized citizens on February 1, 2019 in Des Moines at the Federal Courthouse. The couple arrived as refugees through Catholic Charities Refugee Resettlement program in June of 2013. By September, Sinishaw was volunteering with the agency to help other newly arrived refugees. This volunteer work turned into a full-time job with Catholic Charities where he is currently employed.

Sinishaw’s work is within the Refugee Resettlement program. His primary responsibilities are coordinating donated materials, client bus training, managing teams of volunteers, and apartment setups. Sinishaw has generously shared his refugee story to civic groups to illustrate the challenges that refugees encounter.

Sinishaw and wife Edatu, an employee of the U.S. Postal Service, have three children who were all born in the U.S. The youngest was due on February 1, the date of their naturalization ceremony. Luckily they were able to deliver her two weeks early! The couple is thrilled to become naturalized citizens. 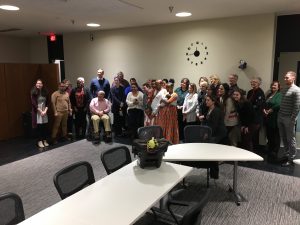 Staff of Catholic Charities and the Diocese of Des Moines had a celebration lunch for Sinishaw’s family. 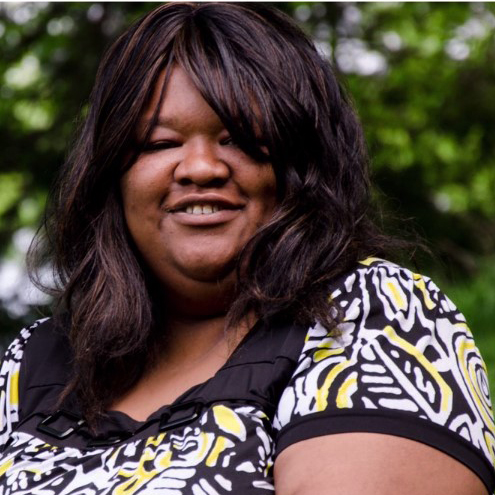 Nicole is a survivor of abuse and trafficking. Catholic Charities Domestic Violence and Sexual Assault Program (formerly Phoenix House) helped her heal, discover her true value, and start a...