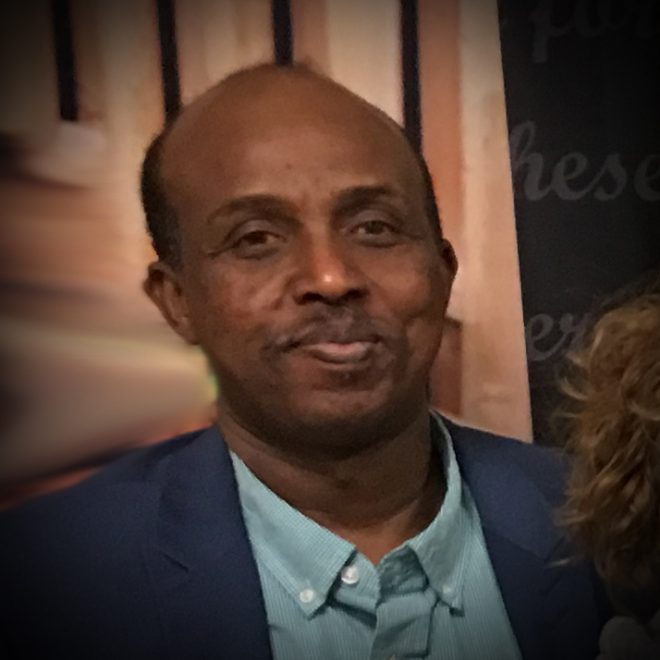 Mohammed expressed he had always dreamed of coming to the United States since he was a young boy. He now feels peace, safety, and tranquility since coming to Des Moines.

Mohamed Irad is originally from Somalia. Due to civil war in the 1990’s he and his family had to flee for their safety. He fled to Kenya and eventually immigrated to South Africa. He worked as a business translator for small business for 20 years. After a 19 year wait, he came to the United States through Catholic Charities Resettlement Program and eventually reunited with family in Iowa and Ohio.

Mohamed and his wife have three boys in 1st grade, 2nd grade, and preschool. He currently works part-time doing hospital interpretation and translation for Des Moines area hospitals and continues to look for a full-time job with the Iowa Bureau of Refugee Services (BRS). Through his translation, he primarily helps Swahili-speaking patients in Des Moines communicate their medical needs to doctors.  His wife is learning to operate a small daycare through the LSI Child Care Program. She eventually hopes to become a licensed day care provider to Swahili-speaking members in the community and develop her business.

Mohammed expressed he had always dreamed of coming to the United States since he was a young boy. He now feels peace, safety, and tranquility since coming to Des Moines.