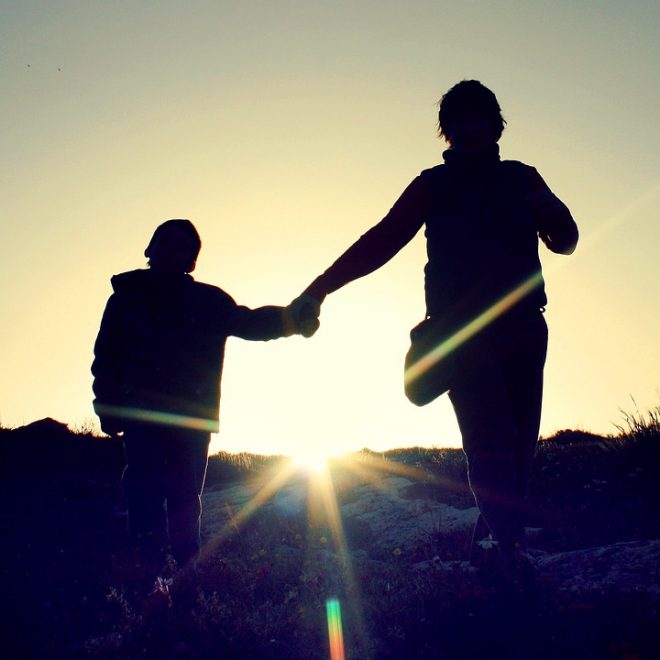 The family came to us broken, for some reasons that they were not yet aware of... With the support of Catholic Charities staff, the family left our facility not only whole but rejuvenated and empowered by the obstacles they overcame to be self-sufficient in 90 days.

What 90 days in Catholic Charities Emergency Family Shelter can do for a family in crisis.

Many of us can accomplish a lot in 90 days, but what if that is all you had to turn your family’s life around? What if you had a family of 10 and no job, outstanding bills, no transportation, and no home?

This nightmare scenario is where the family of Caleb and Anna found themselves in the winter of 2016.

Caleb, Anna, and their eight children lived a basic life in a home provided by Caleb’s employer. Anna cared for the children and home while Caleb provided income. Their world was crushed when Caleb’s employer downsized, and he lost his job. With one last paycheck on the way, the family had no place to turn.  They had no family support in the area to help them.  The family had no home, no income, and no transportation.

Through community referral services, the family found safe shelter together at Catholic Charities Emergency Family Shelter. Once the family was situated at the shelter, their case manager began helping them with a plan.

Schooling was the first course of action. The six school-age children were already attending school in another district, but the oldest was in an alternative school in yet another district. The schools were not equipped to provide the case manager any assistance as she attempted to advocate for the children. When the kids finally transferred to schools in the Des Moines Public School District, they determined that the oldest was best suited for a talented and gifted program.  Catholic Charities staff decided it was imperative for the family to remain in the shelter for the remainder of the school year to ensure the children had proper support throughout this transition.

Caleb and Anna worked side-by-side with shelter staff on the school plans. Once that was settled, Caleb resumed his full-time search for work. With guidance and encouragement from staff, he was able to secure a job within a few weeks.

As the family settled into a school and work schedule, Anna was seen less and less. She would retreat to the family’s room for most of each day with the two youngest children. Through one-on-one discussions, Anna revealed that she had received little medical care, including adequate care for the youngest child who was born prematurely. She was reluctant to seek care, and had little faith in the medical community. She felt that people judged her for the number of children she had. Case managers discussed the importance of finding a doctor she could build a rapport with, what questions to ask, and how to advocate for herself if she had complaints or concerns.   The staff made arrangements so that Anna could get the medical care she needed. Anna attended a medical appointment for herself and worked with the doctor to treat her postpartum depression. Through medical treatment, and with encouragement from shelter staff, Anna and her younger children would go outside and play on the playground equipment at the shelter.

Housing this large family was a difficult undertaking. Case management staff helped Caleb and Anna work through the barriers facing them. Financial education, community resources, and planning enabled the family to pay off a $1,500 outstanding utility bill and save for rent. With the debt out of the way, they were fortunate to find a spot in a low-income housing program. As luck would have it, they also found a house that would be big enough for all of them. They would be in an area where bus service was accessible, as this would be their transportation.

The family stayed at Catholic Charities Emergency Family Shelter for 90 days.  The family came to us broken, for some reasons that they were not yet aware of. The children had made a lot of progress in their new schools.  Caleb had found work, and Anna’s health and mental well-being were improved. The family left the shelter with housing, knowledge of resources in the community, and basic financial plans for the future. With the support of Catholic Charities staff, the family left our facility not only whole but rejuvenated and empowered by the obstacles they overcame to be self-sufficient in 90 days.