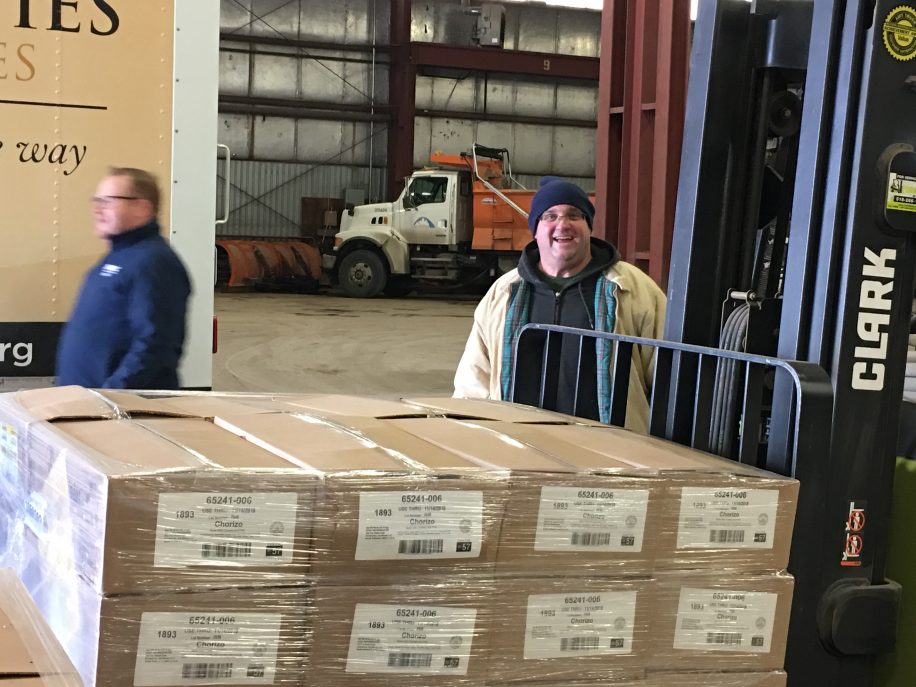 On a cold and snowy February morning, Leslie Van Der Molen and Joe Dolack patiently waited in a chilly warehouse on the south side. They stood among pallets of boxes with four-pound packages of frozen meat that would eventually make its way to food pantry clients throughout the Des Moines metro. 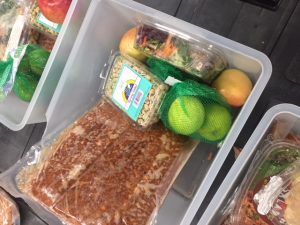 Four-pound packages of chorizo sausage and chicken were a welcome addition to Catholic Charities free food distribution line in February.

Van Der Molen is the Poverty Reduction Manager for Catholic Charities, Diocese of Des Moines. She manages the Emergency Family Shelter and Food Pantry for the organization. She received a call the week before from Catholic Charities USA (CCUSA) offering a truckload of frozen meat. The meat was donated from a national food chain after they discontinued it from their menu. CCUSA had to work fast to contact Catholic Charities agencies across the country for distribution.

Van Der Molen connected with the DMARC network, coordinated delivery of the shipment to the DMARC warehouse which they share with the City of Des Moines, and organized distribution. The weather conditions the day of the delivery were treacherous, but everyone involved managed to make their way through the slippery streets and blowing snow.

“The opportunity to receive a donation of this size at no cost was a blessing. Being part of a network made it easy to connect with the other DMARC Food Pantries to share this donation. Meat is expensive for the families we serve. This will help them stretch their food dollars a little further,” said Ms. Van Der Molen.

For more about Catholic Charities and DMARC, go to www.catholiccharitiesdm.org and www.dmarcunited.org.