After 30 years with Catholic Charities, Diocese of Des Moines, Executive Director Nancy Galeazzi retired on Dec. 31, 2017. She announced her retirement to the Catholic Charities Board of Directors on August 23.

“I have truly enjoyed working at Catholic Charities and have been both blessed and honored to work with the incredible people we serve and the amazing staff,” she said. She plans to spend more time with family in Iowa and Colorado.

“We are tremendously grateful for the 30 years Nancy has dedicated to serving those who need a helping hand,” said Bishop Pates. “She truly understands and embodies the spirit of putting one’s faith into action by serving anybody in need regardless of their race, religion or socioeconomic status.

“Her presence and compassionate spirit will surely be missed in this outreach ministry so central to the mission of the Catholic Church,” he added.

Galeazzi joined the staff of Catholic Charities in 1987 as a licensed clinical social worker and served as the Counseling Program manager with the agency for 15 years before Bishop Emeritus Joseph L. Charron, C.PP.S. appointed her to the position of executive director in 2002.

Under Galeazzi’s leadership, Catholic Charities revenue stream has tripled and staff size has more than doubled to meet the needs of more than 30,000 people each year in the diocese’s 23 counties of central and southwest Iowa.

“Serving thousands of people each year would not be possible without our generous donors and dedicated volunteers,” she said.

With the help of staff and solid infrastructure, Galeazzi has grown the agency. For example:

In addition to service and facility growth, Catholic Charities awareness in the community and fundraising capacity have been strengthened by a number of events the agency launched in recent years including No Room at the Inn, the Bishop’s Golf Classic, and the new St. Patrick’s Gala.

“Nancy has reminded me what it is like to be passionate about your work,” said Stephen Kramer, Finance Committee chairperson of the Catholic Charities board of Directors and controller at Channel Prime Alliance.

“Catholic Charities under her direction has grown but she has not been satisfied to maintain the status quo,” he said. “Instead, she has reached out to other Catholic Charities organizations throughout the United States looking for ways to better serve the communities of the Diocese of Des Moines.

“Under the direction of Nancy, a very dynamic team has been assembled and the number of individuals and families touched with love and compassion has grown,” he added. “We will all miss the organization, joy and passion that Nancy brought each day but know that because of her efforts, Catholic Charities is in a great place going forward. God bless you, Nancy.”

Rick Ball, a member of Catholic Charities Executive Committee, said, “Through her stewardship, thousands of families and lives have been improved and directed in a path of recovery, faith and fulfillment. She is an unsung hero in our community and beyond.” 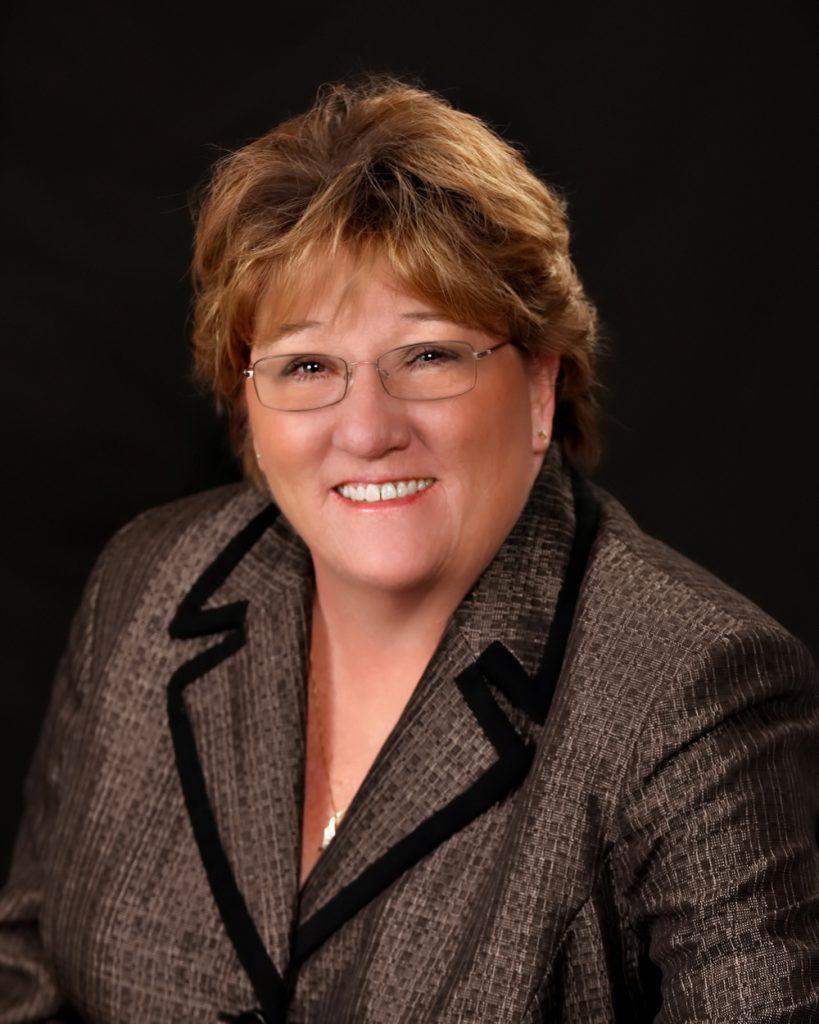 The bishop has also appointed a search committee consisting of:

The committee has begun its mandate and intends to present to the bishop leading candidates in the near future for eventual appointment of a new executive director.

Starbuck has been with the agency for nearly seven years, first serving as operations administrator. In September, 2014, she was named director of human resources and operations. She currently serves as a member of the agency’s executive team, board finance committee and other diocesan committees representing the interests of Catholic Charities.

Prior to joining Catholic Charities, Starbuck served as human resources director for the Diocese of Des Moines for 10 years. She brings an intimate knowledge of Catholic Charities operations, positioning her to provide strong leadership while guiding the organization through a smooth management transition.